Posted at 15:21h in Uncategorized by Journal of Space Law Editors

It is no secret that airlines have a turbulent relationship with Global Distribution Systems (formerly known as Computer Reservation Systems), such as Amadeus, Sabre and Travelport.  GDSs are platforms that facilitate transactions between airlines and travel agents.  For years, airlines have complained about booking fees charged by GDSs.  Now, they are striking back, led predominantly by Lufthansa, which imposed a €16.00 surcharge on all bookings not made through its own website, reclaiming not just costs but also data.

In many ways airlines have been victims of their successes.  CRSs were created by airlines in the wake of World War II as passenger travel increased dramatically and airlines needed faster, better ways to facilitate electronic bookings.  These systems were owned and operated by airlines, with travel agents granted access to electronically updated schedules and fares. 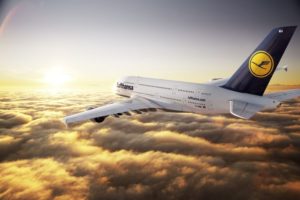 The deregulation of the airline industry by the Carter administration disrupted this system.  As competition increased, airlines exploited their CRS systems, protecting their market shares by biasing CRS screen displays in their favour and to the detriment of non-CRS owning airlines.  It was not long before antitrust laws caught up.  Then, CRS rules were put into place in the US in 1984; Europe followed in 1989 with a Code of Conduct for CRSs.

Compliance with antitrust laws and regulations was onerous, prompting airlines to divest themselves of CRSs.  Then, the Internet allowed airlines to sell tickets directly to passengers via their own websites.  By 2004, CRSs became GDSs and the market was sufficiently competitive for the US to phase out CRS regulations.  While the EU maintained its Code of Conduct, it relaxed certain provisions in the latest iteration, Regulation (EC) 80/2009.

The die appeared to be cast – airlines had intermediated themselves, creating a market for their own data that is dominated by an oligopoly of robust actors who sit between airlines and passengers.  Enter the IATA’s New Distribution Capabilities.

In 2012, IATA adopted Resolution 787, an agreement for Enhanced Airline Distribution.  The resolution established a process for developing a technical standard for data exchange that updates the current EDIFACT technical standard – the standard used by GDSs – and seeks to replace it with an Extensible Mark-up Language (XML) standard.  Anyone can use this new standard to create new distribution channels for airline offers to passengers.  That means more apps, more websites, more digital platforms for airline bookings.

It is clear from the US Department of Transportation Order approving Resolution 787 that airlines are seeking to disrupt GDSs.  As the Order notes, “Proponents … point out that the new standard would create potential for increased competition in the technology sector, which is currently dominated by three GDSs….” (DOT Order 2014-5-7, at 4 (emphasis added)).  This is not the disintermediation that arose with the Internet and brought airlines back into direct contact with shopping passengers.  This is stimulation of the market through increased intermediation.

Lufthansa is doubling down on this strategy.  Beginning in October 2018, the Lufthansa Group will make Lufthansa and Swiss lounges accessible ‘exclusively’ through New Distribution Capability (NDC) channels; in January 2019, it will begin paying travel agencies €1.00 each time customers fly on a ticket booked through an NDC channel.

What’s good for the goose is good for the gander.  GDSs are free to build platforms that do these things and are moving in that direction. With deep pockets and decades of industry experience, they may be best positioned to avail themselves of NDC.  However, NDC entails another kind of shift in the current structure of information distribution – not merely from one technical standard to another.

Under the old standard, airlines publish fares (offers) to GDSs, which in turn make those offers available to travel agents, both brick and mortar and online.  Under the new standard, intermediaries first contact airlines, which tailor offers for each passenger based upon historical purchase information, allowing airlines to be the repositories and gate-keepers of valuable passenger data.  Like Uber, airlines are becoming big data companies, and in today’s digital economy, data is everything.